5 Reasons to Try a Plant-Based Diet 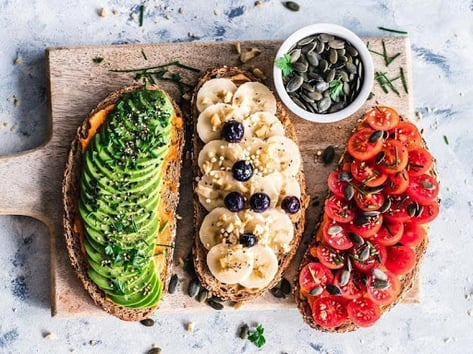 Have you been thinking about cutting meat out of your diet? If so, you aren't alone. Food companies and restaurants are scrambling to provide more meatless dietary alternatives as vegan and vegetarian eating trends explode in popularity across the globe.

People decide to cut back on animal products for a variety of reasons. Some view meatless eating as compassionate eating. Others become vegetarian because they want to enjoy health benefits, or they have health issues that improve when they impose dietary restrictions. Others yet eat plant-based in hopes of lessening their impact on the environment. Since there are many diets that involve cutting back on or cutting out meat, the terms people use to describe them can become confusing.

Here's a quick overview of the various meatless (or low-meat) diets out there and how they are most commonly defined:

Now that you know the terms, it's time to learn the benefits. Let us plant the seeds of motivation, then watch your new meatless lifestyle grow organically.

Nearly 25% of deaths in the U.S. are a result of heart attack, so it's no surprise people are looking for ways to reduce their risk. A plant-based diet might help. In fact, one study found that over the course of eight weeks, a vegan diet was more successful than the American Heart Association's recommended diet in improving heart disease markers. Not all vegan diets are created equal, however. You can cut out animal products and technically adhere to a vegan diet while only eating vegan pastas and desserts, for example. One study looked specifically at types of plant-based foods and found that some are associated with a much lower risk of heart disease than others.

Plant-based foods that have less of an impact on heart disease risk include:

Meatless diets have been associated with a lower risk of colorectal cancer time and again, and they might also help protect against other types of cancer. Pescatarians in particular have been found to have a much lower risk of colorectal cancer than meat-eaters. Vegans and vegetarians also have lower risks, but the difference isn't as notable. Researchers aren't entirely sure why reducing one's intake of animal products reduces cancer risk. The difference might be due to the avoidance of certain types of meat. In recent years, the World Health Organization named red meat and processed meats as carcinogenic after research uncovered associations between red meat and colorectal cancer, pancreatic cancer, and prostate cancer.

4. Lose Weight and Keep It Off

Nearly half of Americans try to lose weight each year. Although a plant-based diet isn't a short-term weight loss diet, research suggests it can help people wanting to shave off some pounds. In an overview of twelve different studies looking at vegetarian diets and weight loss, researchers found that people who restricted their daily food intake and ate a vegetarian diet lost more weight than those who restricted their daily food intake but continued to eat meat. Also, those who turned to a vegetarian diet were more likely to have kept the weight off a year later.

With so many people experiencing "climate anxiety" these days, who doesn't want to choose a diet that's good for the earth? The United Nations recommends a plant-based diet as one that's healthier for the planet. The production of beef adds methane to our air and encourages deforestation. The world's appetite for beef is one of the causes behind the Amazon forest fires in Brazil, the world's largest beef exporter. Fishing gear is the largest source of plastic clogging up our oceans. If you're not ready to go completely vegan, have no fear. You don't have to eliminate all animal products to make a difference. British experts estimate that consuming 20% less meat and dairy could majorly reduce the U.K.'s carbon footprint. The same likely true in other areas as well.

There are many reasons to try out a plant-based diet. From addressing health concerns to reducing environmental impact, cutting down on your meat consumption can provide a host of benefits to you and the world at large. Don’t feel like you have to jump in all at once either! Start slow with Meatless Mondays or other minor tweaks to your diet to enjoy the benefits of a plant-based diet according to your motivations and your schedule. Sifted provides healthy and delicious meal options for every kind of diet, so you can enjoy freshly cooked, professionally catered dishes no matter your dietary needs.

* Disclaimer: This content is meant to be informational only and does not replace professional medical advice