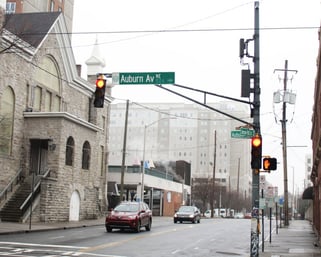 In the past 4 years, Sifted has grown from a simple idea in the brains of Kimberly and Jess (our fearless leaders) into a national company, with 300+ employees serving lunch to companies all across the US.  We love each of our amazing cities, and today we want to highlight one in particular, Atlanta, specifically one street, Auburn Ave. Sifted HQ is lucky enough to call this street home.

After Sifted HQ’s recent office move, we found ourselves on Auburn Avenue in the middle of the Sweet Auburn Historic District, an area rich with history.

If you walk a couple of blocks down the road from our office you will find yourself at the Sweet Auburn Municipal Market where a variety of food vendors and pop-ups are selling everything from vegan smoothies to locally sourced meats. It's what you might expect from any typical neighborhood market except this market has been going on for around 100 years. 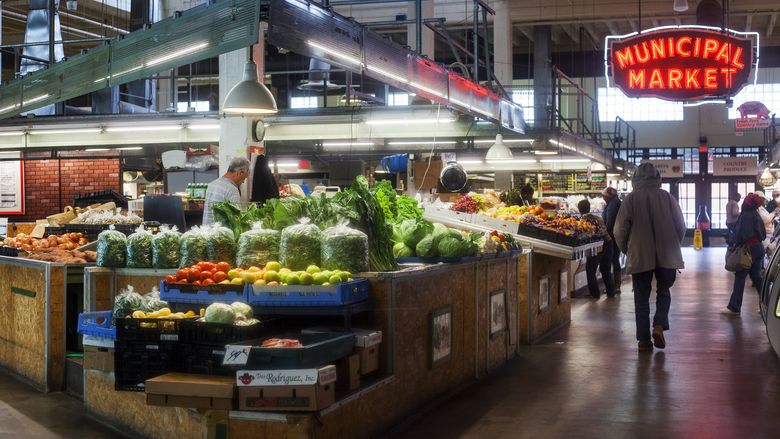 (The Municipal Market on Auburn Ave.)

The market began in 1917 after the Great Atlanta Fire, which devastated the area known as Old  Fourth Ward. The story goes that in the aftermath of the fire, farmers began traveling to the area and gathering together in the newly desolate, ashen lots to sell their food under tents. The farmers market became a huge success and thanks to the Atlanta Women’s Club, and  Nellie Peters Black, a women’s rights activist and agricultural reformer, $300,000 was raised to build what we now know as Sweet Auburn Market.

In a time of legal racial segregation, African American vendors were not permitted to sell goods within the market; instead, they sold on the curb outside.

Auburn Avenue was not just any typical street in the south, it was one of the “wealthiest African American streets in the world,” as civic leader John Wesley Dobbs famously called it. Because of this, the African American vendors were able to compete with their white competitors even from the outside. Auburn Avenue’s wealth and success came despite segregation and the enforcement of Jim Crow Laws in the South. With laws limiting their access to housing, many African Americans lived and built their businesses along Auburn Avenue. Prominent churches, businesses, nightclubs, and restaurants, allowed Auburn Avenue to thrive during a time of oppressive racial segregation. Along with Dobb’s declaration of Auburn Avenue’s wealth, he also forever changed its name to “Sweet Auburn.”

Due to the wealth and success of the African American community on Auburn Avenue, the Municipal Market came to be known as, “Sweet Auburn Market.” The name stuck and the market is still called that to this day. 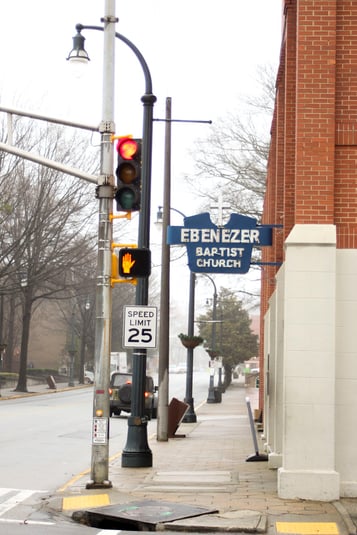 A couple of blocks down the road is Ebenezer Baptist Church, where Martin Luther King Jr. preached, and where civil rights leaders would meet and strategize as they fought to end segregation. Atlanta is also home to Civil Rights hero John Lewis who joined the Civil Rights Movement in his early 20’s and currently serves as the U.S. Representative for Georgia's 5th congressional district.

Every step you take on Auburn Avenue is filled with history - messy, complicated, sometimes painful history. It is also a place filled with hope, progress, and change. It is a city that constantly reminds us of where we have been and then inspires us to keep moving forward. We at Sifted feel so lucky to find ourselves here on Auburn Avenue in Atlanta, GA, surrounded by incredible history and growth.  We are constantly inspired by our surroundings and are excited to keep learning and moving forward here in Atlanta.